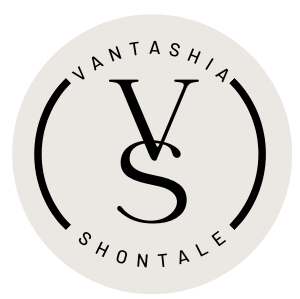 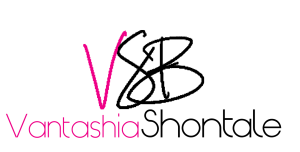 Have you ever gone through life with everything planned out? You have your graduation outfit planned, the college you’re going to attend, the age you’re going to graduate, your career, the age you want to get married and have children etc.  I’ll be honest, I was a “planner” and had a date and timeframe for everything that I wanted to transpire in my life, figured out, or so I thought.  It wasn’t until I learned a very valuable lesson that I knew timing.

Delay does not mean denial.  I know this may sound like a cliché and you’ve probably heard it more times than never; but, I’m a firm believer this statement is true.  For instance, I am at the airport catching a flight when my plane was delayed due to severe rain. Normally, I would’ve been upset however, I was completely content with this delay because I knew this delay was saving my life.  A plane can fly above the nimbostratus clouds that produced rain and if a plane, in all its capabilities, doesn’t go into the air, it’s for a very good reason and for that I was content.  Forty-five minutes later, it was time for me to board the plane and head to the next city to catch my connecting flight.  When I arrived at the next city, I got off the plane looking for my friend whom I was supposed to fly to my destination with.  However, my friend nor the plane was anywhere in sight.  Again, I was delayed. Now this delay had me furious.  Vividly, I can remember going to the desk and demanding a Supervisor who could get me on the next flight headed in the direction of my destination, instead of waiting another 3 hours for a non-stop flight to my destination.  After about 15 minutes of being told, “Ma’am there is nothing we can do”, “The flight will be departing before you know it”, and “I’m really sorry ma’am”; I finally gave up.  I was exhausted, drained and disappointed.  I kept thinking about all the things I would miss that had I planned on doing within that time frame. I felt as if my entire trip was ruined. After about another forty-five minutes of sulking and complaining, I heard the words, “Delayed, not denied.”

Those three words resounded in my ear so loudly, yet so clear. Immediately, I began to feel awful. I knew those words were God’s way of reminding me that everything was under HIS control. In life, we spend so much time planning OUR lives, we seldom stop to seek God for HIS perfect will for our lives.  I spent 15 minutes going around in circles trying to change or rectify what transpired to keep up with my plans instead of trying to find the beauty in the delay.  What if the plane would’ve malfunctioned or even worse?  What if there was someone who I was supposed to witness to in the airport or the next plane?  None of those things had I considered before.  The word delay means to make someone late or slow.  The word denied means refusal to give or grant someone something.  Do you see it yet?  This means that God can allow something be delayed in our lives or even make us delayed.  However, the delay doesn’t equal God’s refusal to give or grant us something.  Still don’t get it?  For instance, in the Bible when God received word that Lazarus was sick and near death, John 11:4 says, “When he heard this, Jesus said, ‘This sickness will not end in death.  No, it is for God’s glory so that God’s Son may be glorified through it.”  Do you think God stopped his journey?  No.  He DELAYED his going to Lazarus and continued for two more days.  In that time frame, Lazarus died.  After two days, God headed back to Lazarus and raised him from the dead.  In this story, we are reminded that even though Lazarus died, and God delayed his going to visit him, Lazarus death was not the end.  For instance, let’s say you lost your car keys causing you to run late leaving the house to make it to work on time. However, on your way, pass by an accident.  You were delayed in leaving but the accident didn’t involve you, life wasn’t denied. You’ve been praying for God to send you a husband or a wife and the man/woman you bring before God turns out not to be the one; doesn’t mean God is denying you the desires of your heart.  It simply means in HIS perfect timing; it will be.  Some things in life, God allows to happen because he is shielding us from the things we can’t or refuse to see.  Isaiah 55:8-9 states, “For my thoughts are not your thoughts, neither are your ways my ways, saith the Lord.  For as the heavens are higher than the earth, so are my ways higher than your ways, and my thoughts than your thoughts.”  This lets us know that God has it All Under control

Now, sitting in the airport, I started to dwell on this and realize I’d been denying the beauty in this delay. Approximately 15 minutes later, it was time for me to board my flight. That’s right, God blessed me with a flight leaving two hours before the scheduled time. While on this flight, I crossed paths with a woman who was in search for more of God and gave her life to him right there on the flight. See, when things happen in life to cause delay of the things you’ve been praying about, or God says not yet or no. It doesn’t mean you’re denied; it simply means you’re delayed.  Hold on, God has something better in store for you.

God, please forgive me for the times I planned my own life instead of seeking your plans for my life. Help me to align with your perfect will for my life and the things you have for me to accomplish.  Help me to recognize the beauty in the delay and recognize you in the midst.  In your son Jesus’ name I pray, Amen.

This website uses cookies to improve your experience while you navigate through the website. Out of these cookies, the cookies that are categorized as necessary are stored on your browser as they are essential for the working of basic functionalities of the website. We also use third-party cookies that help us analyze and understand how you use this website. These cookies will be stored in your browser only with your consent. You also have the option to opt-out of these cookies. But opting out of some of these cookies may have an effect on your browsing experience.
Necessary Always Enabled
Necessary cookies are absolutely essential for the website to function properly. This category only includes cookies that ensures basic functionalities and security features of the website. These cookies do not store any personal information.
Non-necessary
Any cookies that may not be particularly necessary for the website to function and is used specifically to collect user personal data via analytics, ads, other embedded contents are termed as non-necessary cookies. It is mandatory to procure user consent prior to running these cookies on your website.
SAVE & ACCEPT
error: Content is protected !!